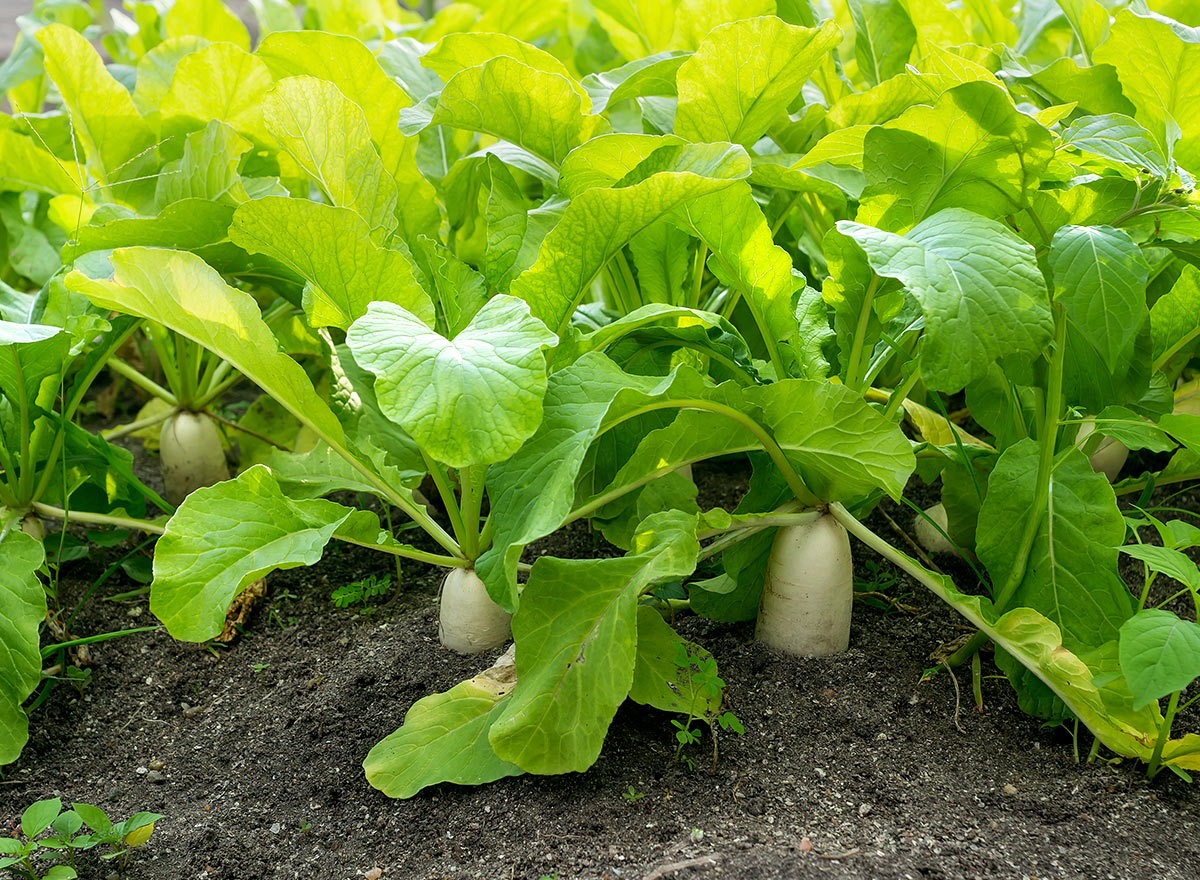 The oilseed radish is excellent at capturing nitrogen and other nutrients and pulling them into the tuber of the radish, so all nutrients are banned together. They also have a tap root that is capable of reducing compaction, however the radish does not like acidic subsoil’s and have been known to turn when they reach an acidic subsoil. Some farm operators are precision planting their radishes in rows in order to ban the nutrients together, and then coming back in the spring and plant their corn right next to the row.

Since the radish will winter kill they need to be planted at a minimum of 6 weeks prior to frost, but for better results 8-10 weeks if possible to achieve a better benefit. When the plant does die and begins to decay they will release an odor much like that of natural gas. It may be a good idea to warn neighbors to prevent calls to the local authorities with concerns of a gas leak.

Some varieties of the oilseed radish act as good soil bio fumigant. They are good at killing soil pathogens, pest and also suppressing weeds. They are best used when mixed with other cover crops in order to help prevent erosion and also for ground cover in the winter and early spring; due to the fact the radish will winter kill.

Oilseed Radish is one of the newer additions to the cover crop market. It is best known for its deep tap root, quick emergence and rapid growth. It is primarily used to break up soil compaction, capture residual Nitrogen, suppress weeds, increase water infiltration, and increase soil biology.

Oilseed Radish has been divided in 4 ‘types’ of which 2 are being used as cover crops, they are: Daikon, Forage, and Sugarbeet cyst nematode resistant. The Daikon is the most popular, due to its large taproot. The Forage type has lush top growth but a smaller and more branching root. The fodder from all types of radishes provides good forage, similar to turnips. It’s best to plan a single grazing period, since it does not tolerate traffic well.

If seeded in late July to Mid August, root growth to a depth of 16+ inches is possible before a killing frost. Radish requires 8-10 weeks of 60 degree temperature to achieve optimum growth. The plant will die when temperatures reach 28 degrees F. After a killing frost the plant will decompose rapidly, leaving the ground bare by spring.

Radishes can be seeded alone or in combination with other seeds. The most common mixes include: winter peas, oats, annual ryegrass or cereal rye. Since radishes grow so fast, it’s best to seed the various mixes by drilling in alternate rows. Also, since radishes decompose over winter, the addition of some of the grass species is recommended on the HEL soils for spring erosion control.

To Request A Quote:

Why Buy From Advance Cover Crops

Advance Cover Crops selects only the best products in the industry. With 20+ years in the industry, we know what works. After seeing the success cover crops have had in our own operations, we dedicated ourselves to educating and helping others do the same. Our selection of trusted brands include Bio Till, Grassland Oregon, I&J mfg, and Progressive Ag Innovation. Enhance any no-till farming operation with our line of Crop Rollers.

Ready to get started? Contact our team of specialists to help you select the right products for your operation. We serve clients nationwide and in Canada.

Please fill out the request for quote form below and our expert team will get back to you shortly.

Advance Cover Crops selects only the best products in the industry. With 20+ years in the industry, we know what works. After seeing the success cover crops have had in our own operations, we dedicated ourselves to educating and helping others do the same. Our selection of trusted brands include Bio Till, Grassland Oregon and I&G mfg.

Enhance no-till farming operations with our line of crop rollers. Our rollers have 20+ years of design innovation with the Rodale Institute. They are engendered for usability and lasting quality. Paired with top cover crop brands, you will get the results your operations require.

Ready to get started?
Contact our team of specialists to help you select the right products for your operation.
+618 922 7446

1 On 1 With A Skilled Specialist